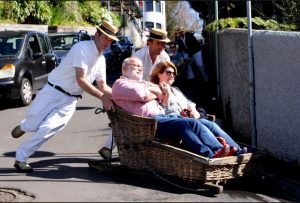 The first thing you notice about the 901 is the weirdness of its timetable.

The maiden trip of the day leaves Huddersfield at 9:10am, so it’s of no use whatsoever to commuters, while the last one in the same direction sets off at 1:50pm. It’s presumably something to do with the buses being needed for school runs, as there’s a final return leg from Hebden Bridge just before teatime.

Every 70 minutes is a peculiar bit of scheduling, too, but as there are only two buses covering the route, and the journey takes a smidge over an hour, there’s not really a lot you can do about it.

The climb out of Huddersfield is steep, sustained and no doubt brutal on untrained calves. There’s a proliferation of bakeries and butty shops among the sandstone terraces along the A640, including the fetching Bex’s Coffee Shop & Cafe, which isn’t run by my mate Bex, who also happens to live nearby. Y’know, just in case of any confusion.

The gradient barely loosens its grip as we chug through Marsh, where a pair of shops are locked in a musical genre face-off, despite neither of them having anything to do with music per se. Mods + Rockers is a salon of some sort on the right, while the enigmatically named Jazz over the road sells dancewear. That said, it’s a long stretch of the imagination to envisage Duke Ellington trumpeting out a tune while wearing one of the tutus decorating its front display.

The western ascent steepens further as Huddersfield vanishes below and the 901 wheezes its way up towards the firmament. The bus fills with college kids a few miles in, windows are heaved open, and a sturdy breeze quickly ruins everyone’s hair.

Anyone who has experienced a regular bus at school kicking out time knows how hectic things can get, how much chewing gum can get stuck to seats, and how much weapons grade gossip can be disseminated in a short space of time. It turns out that college students have got all that stuff out of their system, and are more interested in interacting with their phones than the group of friends they’re sat with, so proceedings remain unexpectedly quiet.

The engine breathes an audible sign of relief when it finally get out of first gear at the mountain’s apex, in an area suitably enough called Mount. They really don’t mess about with their suburb names here.

In Funchal, the capital of Madeira, you can choose to be hurled down a hill in a wicker basket for about €25. Quite why nobody has thought to set up a similar racket down New Hey Road in Huddersfield is beyond me; get them to put on traditional Yorkshire dress, ie, flat caps, clogs and a woodbine, and it’ll make an absolute fortune. 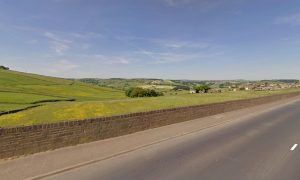 Incidentally, my Grandad Dennis was from Sheffield, and although I don’t remember him ever having a flat cap or puffing away on woodbines, he definitely used to knock about in a pair of wooden clogs. Even better, they were practically platform clogs, elevating him from an elfin 5’3” to something almost approaching average height.

He was also severely allergic to bananas, but that’s a story for another day.

We negotiate a junction with the M62 and Huddersfield comes to an abrupt halt. We’re in the countryside. We take a side road down by a red phone box in Outlane, and before you know it, we’ve got a view over near enough the entire county. Well, as far as Halifax, anyway; just make sure you sit on the right of the bus to get a proper butchers.

The road undulates from here on, guiding us through Stainland (infinitely better looking than the name suggests) and along slender, foliage-lined lanes towards Barkisland (pronounced Bar-kizz-l’nd), where The Griffin pub sadly closed its doors a couple of months back.

We (me and Ginger John today) had been discussing The Fleece, a pub just outside Barkisland in the run-up to the trip. It’s at the top of an escarpment where the road plunges away into a valley, and is somewhere we’d both reccied separately in the past without actually going in. One thing we both knew was there is a steep footpath by the side of the pub, taking a more direct route into Ripponden below.

The top of a West Yorkshire hillside isn’t the kind of place where you’d expect a traffic jam to form, but that’s exactly what was happening outside The Fleece. Assuming it to be just been a set of temporary traffic lights around some roadworks, we settle in for a brief wait.

Our driver, however, is having none of it. Noticing that no cars have come up from the other direction for a couple of minutes, he inches the 901 around the car in front, craning his head to gaze beyond the line of stationary vehicles ahead.

A lorry has given up the ghost part way up the slope and is blocking the road while it attempts a delicate 3,000-point turn. With impeccable local knowledge, a determined “Right then!” and a clear thirst for adventure, our driver fully manoeuvres the bus out of the jam and makes good our escape…straight down that steep footpath.

On closer inspection, it’s more of a single track back passage than a footpath, but the descent is even more angular than expected, and made all the more exciting by the proximity of garden walls on one side and an almost sheer drop away to our right.

A dogleg almost makes us come a cropper, the bus’s wing scraping against some sturdy stonework and forcing us to inch backwards in order to squeak around the bend’s apex. A quick peek behind shows that six or seven cars – all far more nimble than our bus – have followed our lead, and once we’ve bounced down a few more cobbles, we’re deposited into the centre of Ripponden. 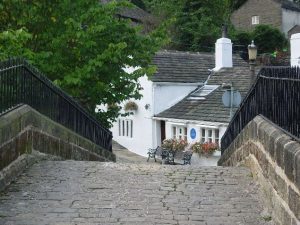 The Oldest Pub In The World?

We’ll need a pint after all that jiggery-pokery, so it’s just as well that The Old Bridge Inn is on hand to sate our thirst. It claims to be the oldest pub in Yorkshire, and therefore the world, although with a history dating back more than a millennium, The Bingley Arms in Bardsey holds the official title.

Even if it’s not the oldest, it’s almost certainly the best. Not just because it pours the greatest pint of Landlord you’ll ever have, but because it has it’s own Pork Pie Appreciation Society complete with celebratory plaque.

Thirst suitably slake, we emerge back into the brilliant sunlight with the expectation that the bus, the final one of the day towards Hebden Bridge from here, will be late. The lorry managed to extricate itself from its perilous predicament while our pints were sunk, but even so, it’s still a surprise to see the 901 show up exactly on the button.

Farming gives way to land management as we climb out of Ripponden, as sheep-filled fields are steadily replaced by vast swathes of crisp moorland. The twin reservoirs of Ryburn and, above it, Baitings, are connected by a gracefully curved dam, which would make a great location for a parochial reboot of The Fugitive.

We make a right turn at another reservoir, Blackstone Edge, on the opposite side of the road. It’s desolate up here, brilliantly so, and we’re completely alone save for the wind-pummelled grasses and sturdy electricity pylons which head in the general direction of Leeds. It’s also surprisingly flat, particularly when compared to the Saddleworth Moors we passed through on the way over to Huddersfield, just a few miles to the south. 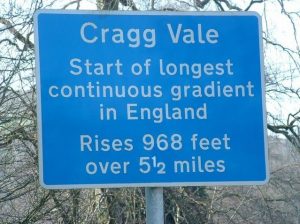 For all its bleakness, it’s still a beautiful part of the world. We make a gentle descent down the B6138, which at just over 5.5 miles, contains the longest continuous downhill stretch of road in the UK by time you reach Mytholmroyd. The section also holds the record for the longest string of bunting in the world, from when the Tour de France came through in 2014, albeit in the opposite direction to us.

There’s a stream on our left carving out a tiny valley, which looks deeper than a trickle of water of such limited magnitude should be able make. It’s treeless for miles, and when we do eventually find a couple of outcrops, they don’t look particularly pleased about where their seeds were scattered. Stumpy, gnarled and reluctantly pointing north, they’re made of sterner stuff than me.

The scenery lightens with a lily pond just as we reach Cragg Vale. It’s so perfect that it was surely the inspiration for Paul McCartney’s seminal Frog Chorus; a song I got in trouble for humming while being read a story in the first year of primary school.

A truncated version of the 901 shuttles between here and Hebden Bridge much more frequently. Cragg Vale is a linear village which carries on for longer than you’d expect, but even the clement weather can’t shift the couple of centuries’ worth of muck and mire which has permeated the local brickwork. Even so, it’s difficult not to grin as we round each bend and a new view vies to best the last.

The area was home to the Cragg Coiners, a sophisticated counterfeiting gang in the 1760s, headed up by ‘King’ David Hartley. Their racket was exposed by one of their fold who’d been caught and turned King’s evidence, with 30 members of the group swiftly arrested. Cragg Vale may be long, but there’s not much beyond the main street, and 30 people would have made up a significant chunk of the population. King David was so peeved that his operation had been compromised, he order the informer to be killed. He duly was, and the the two assassins and Hartley were tried and hanged in York, with the scam finally coming to an end.

Mytholmroyd is a no-nonsense Yorkshire town, with barely a hint of the bohemian air just down the road in Hebden and Todmorden. The centre is a conservation area prone to flooding, and is also the birthplace of Ted Hughes (who the local theatre is named after), Poet Laureate and husband of Sylvia Plath.

It’s a short hop to our final destination, where another pint or two and a bit of grub at the Old Gate see us right. Doubtless we’ll be back for a proper write-up of Hebden soon enough. 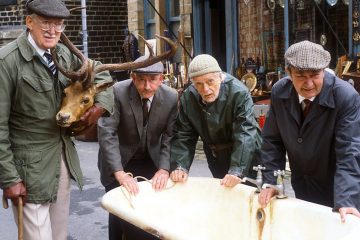 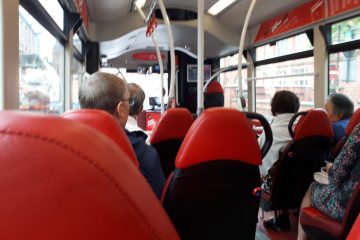 A saintly Marcel Marceau, the conductor holds a bus pass to the side of his face and mouths to the more senior contingent that they'll need one of them to get on for free. The eldest lady pulls out a casino membership card, which doesn't quite work.