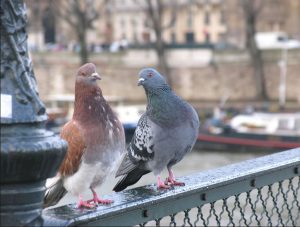 Manchester’s Shudehill bus station, despite have a relatively modern sheen which its cousin over at Piccadilly Gardens lacks, seems to exist in a state of semi-desertion. Even when I’ve been here at rush hour on a weekday evening, the resident pigeon population comfortably outnumbers its transient humans, and that’s magnified at 8am on this Saturday morning. Precisely seven people are waiting for their connections.

That’s not to say that TfGM make our feathered friends particularly welcome. In fact, with its array of plastic spikes and garrote cables bolted onto almost all flat surfaces, they give the impression that they’d love to eradicate them altogether. I know they make a mess and I know that they’ll happily to tuck into boozy kebab vomit, but pigeons are a friendly bunch, especially the ones that manage to hobble about on missing feet.

Anyway, we (me and Eleanor today) take our seats upstairs and head out of town with a hefty branch stuck between the front of the bus and the tree deflector bar, which on this occasion acted as a tree magnet, and now has a dozen or so birch leaves flapping gamely from it.

It’s always good when a road does what it promises, and Rochdale Road heads exactly where you’d expect. We go past the legendary Marble Arch pub, a Victorian relic with a contemporary beer and food menu, and up towards the Manchester Communication Academy.

“I think they need to work on their communication, coz I’ve never heard of it,” says El, who like me, hasn’t received their memo.

It turns out that it’s a secondary school that has an anonymous corporate conglomerate name. One of the fall outs from PFI is that schools have been stripped of their local identity, certainly when it comes to what they’re called. I went to a primary school which took its moniker from the part of Manchester I grew up in, and a secondary which was named after a local luminary.

Burdening schools with bland titles seems counter-productive and unimaginative, something I should know all about, as I’m called Ian. Mark and Sophie in Peep Show couldn’t have called their baby anything else. 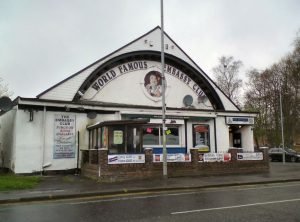 We’re into Harpurhey, a place with more than its fare share of aitches, but is pronounced without any of them. Ask a Mancunian to pronounce Gemma Arterton’s name and we’ll have to battle against the urge to include a triple glottal stop; ‘quantitative easing’ descends into a quadruple one if we’re not careful.

We go past the Embassy Club, former stomping ground of Bernard Manning, where a mural of him grins out from what was originally a circular window above the main door. I was on the same bill as Bernard in Stockport once. In fact, it was my last stand-up gig – and one of his, too – and it’d be fair to say that my flights of fancy about museums weren’t as solid as I thought, and I died a thousand deaths.

I used to knock about Harpurhey quite a bit when I was a kid visiting my mum’s Auntie Jean and Uncle Tony, as well as a collection of second cousins I now don’t even remember the names of, let alone be able to recognise if I somehow contrived to fall over them.

The only time I’ve ever been to Blackley, a little bit further up the road, was in the cortege for Uncle Tony’s funeral in 2001, but here we are. It’s amazing how you can live in the same city for the best part of 40 years but still have completely unexplored pockets of it, especially when one of my best pals ran a cafe in Boggart Hole Clough for a decent chunk of that time.

There’s a remarkable salon on a bend in the main road called House Of Trend, complete with a gaudy multi-coloured sign with ‘#HOT’ on it twice, and promising a ‘Unique Experience In Unisex Grooming’. It’s definitely that, as they also manage to offer tattoos, Botox, teeth whitening, and smoothies. I assume the latter is the blended fruit drink I’m familiar with, rather than some sort of innovative waxing treatment that I’m not. 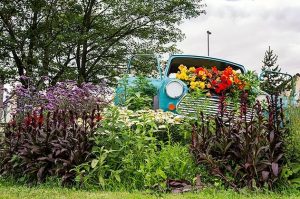 The M60 ring road marks the boundary between Manchester and Middleton, an outer limb of Rochdale which wishes it wasn’t.

Eleanor spent the day here on her hen do, purely because she and none of her friends had ever visited before, and had a gut feeling that it was an undiscovered gem. They had a cracking time until they left the final pub of the crawl, when one of her pals got shot in the head by a pellet gun from a passing car.

It feels like quite a well-to-do area, certainly on its approaches, where gigantic houses rub garden fences with bungalows with a bigger footprint than most Cheshire mansions. Then again, a bloke was stabbed outside a boxing event outside the Middleton Arena last night, so may be not.

Our hardy beach branch is holding on for dear life, despite being banged and buffeted by overhanging trees, and we almost lose it by Hopwood Hall College, where it slips from its perch and falls to the bottom of the deflector. Showing incredible tenacity, it clings on for the final few miles.

From here on it’s an easy run into Rochdale, including an all too brief lovely stretch alongside the Rochdale Canal in Slattocks, before a run down into Castleton (where Bark ‘N’ Mad dog parlour is the pick of the shop names) and suddenly into Sudden. This is where the mock Tudor and long boarded up Windmill pub cranks ups the pathos quotient with a sign saying ‘A Pub Of Character And Tradition’. Entropy set in quite a while back.

Just up the road, a blue Mini with a Union Jack roof has been plonked on top of a flower bed, with its permanently opened bonnet having a garden of bedding plants springing from it in lieu of a combustion engine. There was minor fury from blowhards when the council said that the display (car included) cost £7,000, but I’m sure that any dissenters will agree that it was worth every penny just to get a mention on this blog.

A few hundred yards further on and we’re into the town centre, where Rochdale’s spanking new bus station and the 464 to Accrington await. Cor! 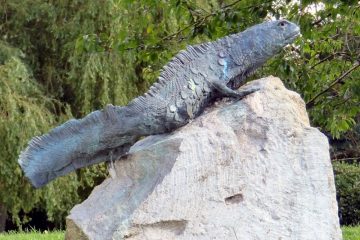 150: Hyde to The Trafford Centre

In the spring of 2008, my mate Steve and his teammates embarked on a record attempt which would take them to the very limits of human capability. They were going to attempt to break the crown green bowls endurance record. 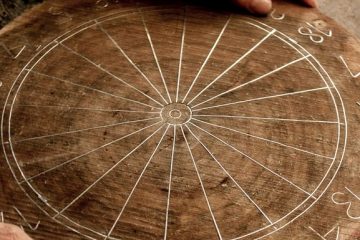 This is home turf for me; I grew up on Abbey Hey Lane, went to Abbey Hey School, and to complete the set, I even contrived to make sure that my first girlfriend was called Abigail Haye. 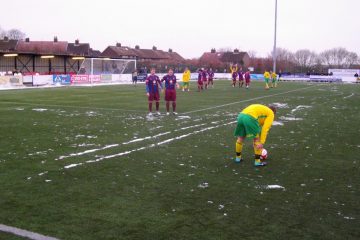 Understandably, he said that he “felt physically sick” when he saw the crossbow bolt sticking out of the astroturf, although he'd have doubtless felt worse if fate had sent it a few inches the other way.